So, I love sewing. It has been part of my life, on and off, since I was 10-ish, and more and more in the latter years. And yet, sometimes, I don’t feel like sewing or creating anything for the longest time. I have been in one of these ruts this winter, in a real desert of inspiration.

It started after I attended a super serious World War Two-larp in November. I had been sewing like a crazy person to finish all my overly ambitious costume plans. Then I had a few commissions over the winter, while I was battling illness, watching over my dying grandmother and organizing a massive larp for 130 people, and it sort of drained the joy out of much of my sewing, apart from creating the odd (in all meanings of the word) hat.

I am doing some Edwardian larping this year. I desperately need some Edwardian underwear. I have been trying to woman up and start working on this for months now, but I really, really didn’t feel like it. Somehow, every time I took out my patterns and my fabrics, I lost all will to work. Finally, I took a step back, looked down at all my crisp, white cotton fabric and thought “Colour. This needs more colour.”

Eureka! I went and looked through my stash, found some pretty pink cotton satin, some fine shirting with narrow white and blue stripes, and some dainty trims. It seems silly, but it worked SO DARN WELL. Inspiration has returned!

Combinations! Because they are so very cute! White cotton, yellow trim, some lace perhaps.

You see, I have a history with corsets. Way back, when I was young, innocent and new to the world of costuming and historical sewing, I decided that making corsets would be the best way to get into it. I have been known to get a tad ambitious and overzealous in my sewing projects, and so of course I ordered lots and lots of corsetry supplies.

I have used some of it. I used a few bones to fix my bustle, and I’ve sewn some into bodices and dresses, but I still have more than a few lying around. More than enough for this corset, it turns out. I think maybe the busk I have (the closure-thingy for the front of the corset) might be a little long, but we’ll see.

Now, this week was almost as busy as the last one, but I managed to get a little sewing done: 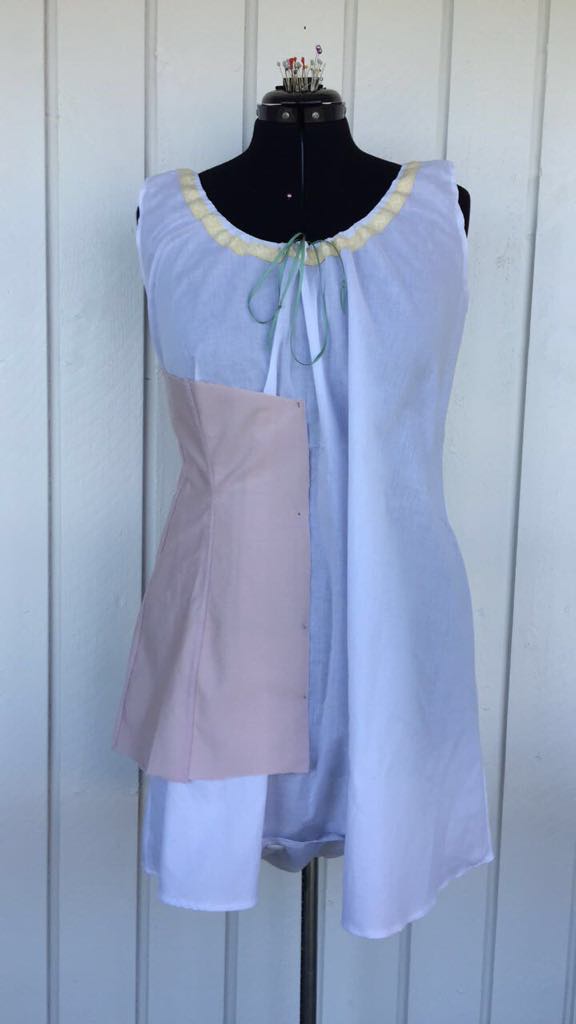 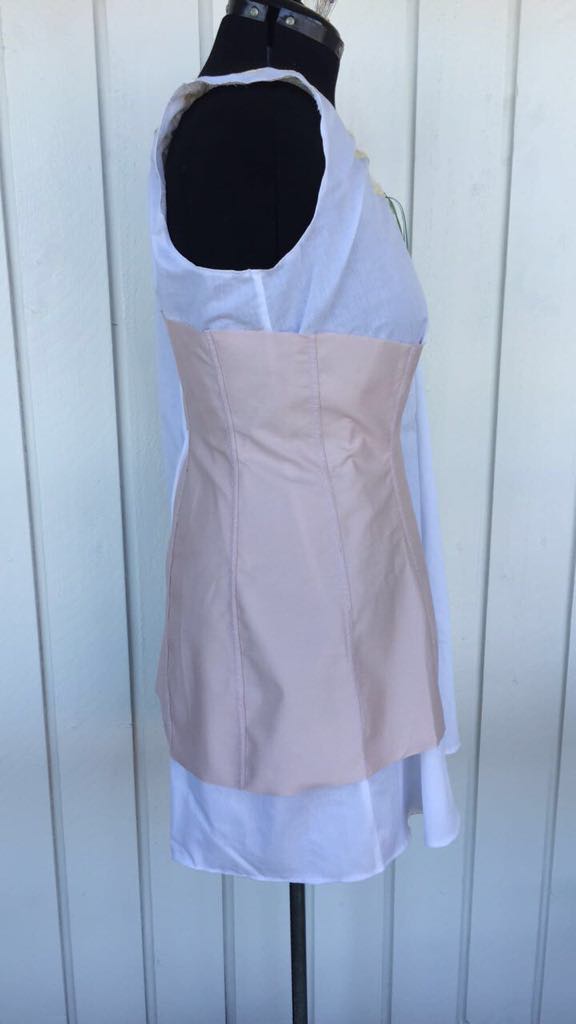 Combinations and half of a bit of a corset!

Do you think I’ll finish all this before mid-August? While making other stuff?