Good news guys! I managed to finish my headlinen and hat in time for Sunday! I wore it all day, and it worked like a charm. I’m so happy with it! 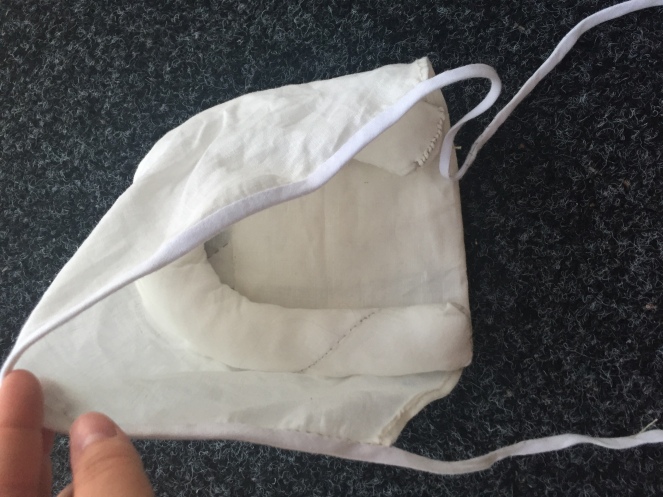 Then I put on my Steuchlein, with white and green embroidery:

It’s tided in the neck… 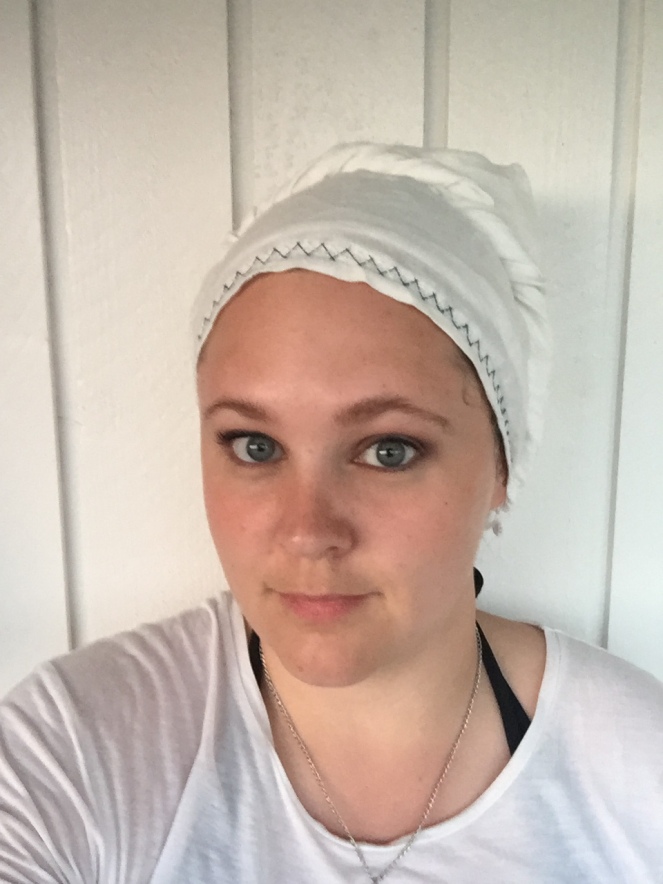 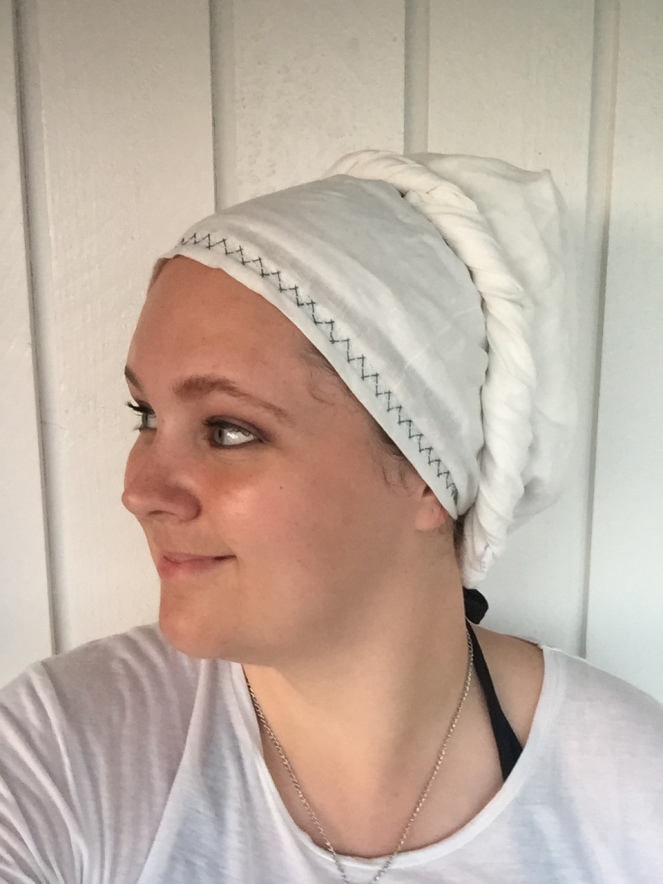 Finally it’s the hat! I got so much positive attention for this hat. To be fair, it’s really a very loud and obnoxious hat.

Black wool, but the crown is decorated with slashes and green wool underneath. 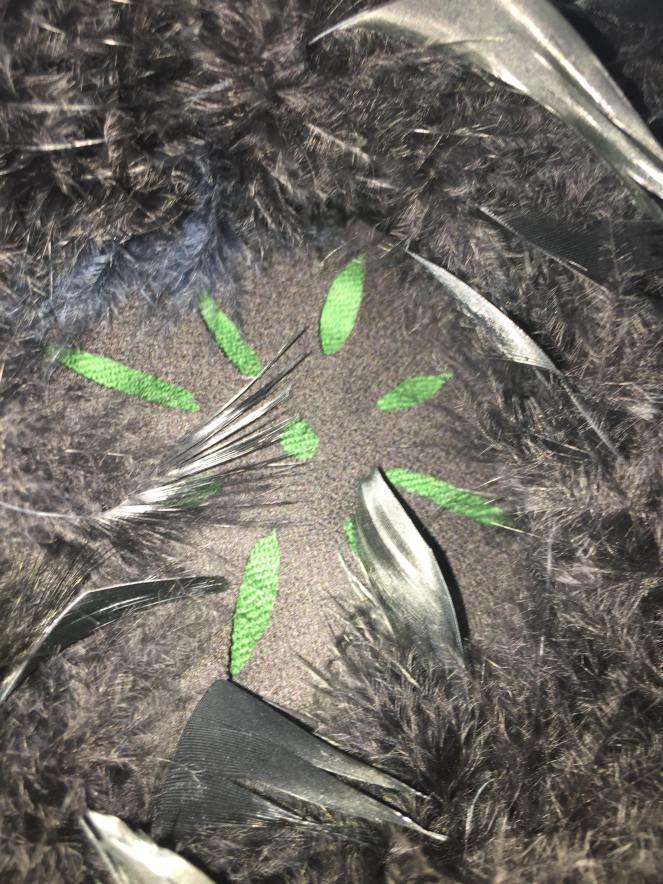 You can hardly see it though, because of the… 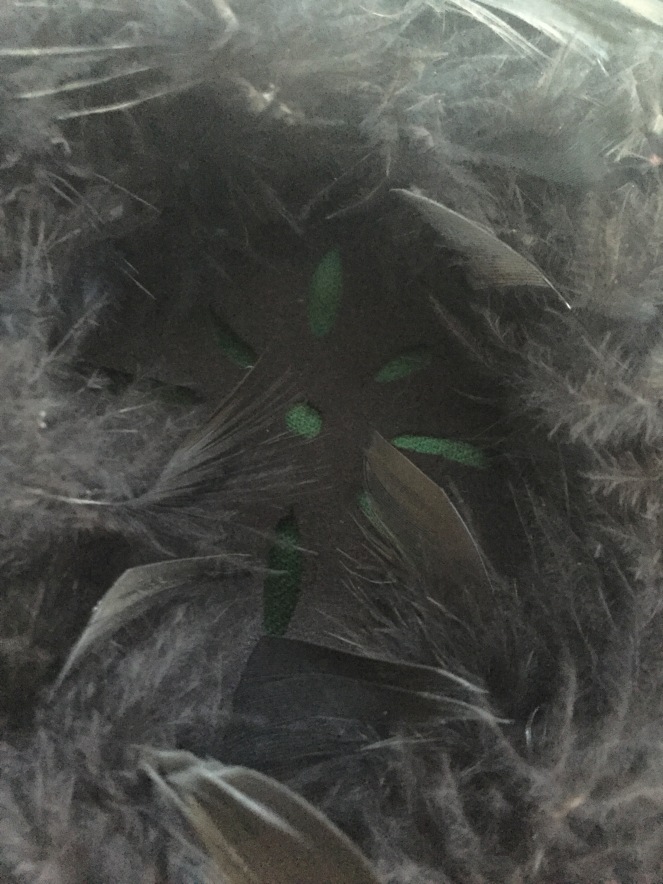 FEATHERS. All the feathers. The feather boa won, and I regret nothing. It’s also the softest thing in the universe. I love my plumage.

The wonderful Martin Lindelien (he’s on facebook and instagram) was kind enough to take some pictures of me at the festival, and I love how they turned out!

I received a lot of really nice compliments, even from people who do “Landsknecht”-reenactment, which I hope means I got at least something right! I realize I’ve been throwing words like “Trossfrau” and “Landsknecht” around without actually explaining anything. Sorry about that. What were Landsknechte? What were Trossfrauen?

So… Late Medieval Europe. Lots of wars being fought. The area which is Germany today was a patchwork of smaller states in this period, who were more or less constantly fighting each other. That meant a lot of German guys trained in the art of killing people. These German soldiers were popular as hired swords in other parts on Europe. The first time we hear about them is in the 1480s.

These soldiers were known for being really, really good at killing people. They were also know for being really, really stylish. They were outsiders in the communities where they lived and fought, and were not subjected to the strict sumptuary laws dictating who could wear what. The result was that they wore pretty much what they felt like, and tried (and succeeded) in standing out compared to the locals. They wore expensive fabrics, loud patterns and colours, obnoxious codpieces, slashes and befeathered hats. They did actually influence the fashion of their era, like “street style bloggers” do today. Do you want to see Landsknecht-inspired outfits today? Visit Rome! The Pope’s Swiss Guard in the Vatican wear very Landsknecht-y uniforms.

Then what about “Trossfrau”? Well, a lot of women followed the troops, the Tross, of the hired soldiers. They were not female Landsknechte, they were not soldiers, but tradeswomen and the family of the soldiers. Some where the wives of soldiers, other were for example cooks, brewers, seamstresses, leatherworkers or prostitutes, just to name a few professions. These were usually members of lower parts of society.

So, what sort of Trossfrau do I imagine I’ve recreated the clothing of? Probably a craftswoman or soldier’s wive. Not super-wealthy (notice how I’ve only used the puple wool, which would have been more expensive than the green, for decorations), but doing okay. Skirts hitched up and ready for a long march. And with a massive, soft and feathery hat to for shade against the sun!

I am a Norwegian historian, aged 28, working for several museum in Hedmark, Norway. I have been making more or less successfull historical costumes since I was 10 years old. View all posts by Maren Sofie

One thought on “Trossfrau in training”