This blog is inteded to be a combination of several things.

First of all, it will be a place where I share my adventures in costuming, both the ones that ended well and the ones I would rather forget. Maybe you can learn from my mistakes, and we won’t all have to make the same ones?

I also hope this can be a place where I can share techniques, ideas and tutorials I find, come up with or adapt.

And finally, this blog will be my own archive and motivator. I am terrible at actually having photos taken of me in costume. Perhaps, with a little pressure, I will improve.

This blog used to be in Norwegian, called “Skredderske”. I realized, when I was getting a fair number of international hits, even after a long period of radio silence, that the time had come to be more international. Some of my old posts have been translated, others have been archived.

Why “The Petticoated Swashbuckler”? 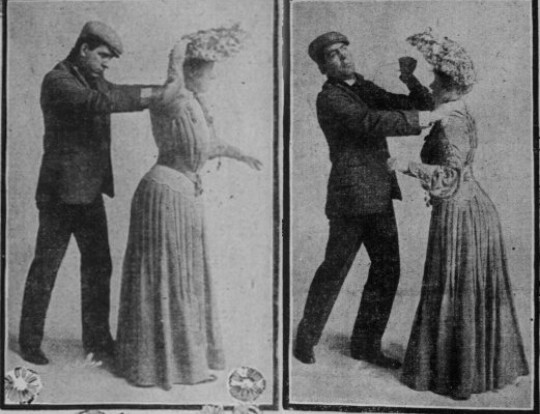 In the late 19th/early 20th centuries, this was a nickname given to angry suffragettes (women’s rights activists) after some of them began to stab violent policemen, who broke up their demonstrations, and to avoid unwanted and persistent advances from men. Their weapon of choice? Massive hatpins… The nickname was meant to poke fun at these early feminists, however, I think it sounds awesome, and chose it as my new blog name. I do feel like it fits me quite well. I’m a feminist, I like stabbing people (… in a controlled environment, mind, not just randomly), and I love petticoats!

My first #medieval #festival in three years! I had such a good time, and made so much great medieval food ❤️ thank you, @hamarmiddelalderfestival ☀️
I’ve been quiet for so long, for so many reasons, but springtime always makes me want to make #medieval stuff ☀️ this week, I’m trying my hand at a little #opusanglicanum 😳❤️
How pleasing are these #cartridgepleats ?! I just find this so relaxing 😅 dabbling in a bit of #victorian #sewing these days, creating a bit of #variety in my hobby 😊❤️
I’ve made a thing! The @redthreaded gored #1860s #corset - and it’s so pretty and comfy! I got my supplies from @historiskmote 🤩❤️ go check it out! I’m especially on love with the little hook 😍
So, I haven’t been super active on Instagram lately, and that is partly thanks to my new little assistant! This is Melvin, he loves food and cuddles and is cooler than I’ll ever be 😻
Good thing I love #cloaks - Mrs. Bamford surely did! I’ve made another cloak, and another #video 💙 link to my #youtube in my bio!