What do you do when you live in one of Norway’s wettest cities, and the forecast promises that the heavenly sluices will open on the National day, when I’m going to be parading the streets for hours?

Sensible, or less patriotic, people would have stayed at home. I, however, am not a girl to miss my chance to walk in the parade and be cool with my medieval fighting buddies just because it’s a little humid!

I have a national costume. It’s gorgeous. I love it to bits. I’ll show it to you one day. And I have a cape, and a matching umbrella. However, when you’re a medieval reenactor in Bergen, this is what you wear for the parade:

So… people stayed warm and dries in Ye Olden Days too, gore-tex and polyester is fairly modern inventions after all. Wool is great. I have a wool cloak, you can see that in the picture to the left, it’s felted and keeps water off like a champ. I have a wool hood too, however, it’s being used 1-2 days a week and is beginning to look a little worse for wear. It was time to make a new one.

There are plenty of ways to make hoods. They can be rounded or squared, lined or unlined. I had a scrap of grey wool, just enough to make a fairly simple, and surprisingly geometrical, hood.

I cut three pieces, one rectangle and two squares, the one ever so slightly smaller than the other. 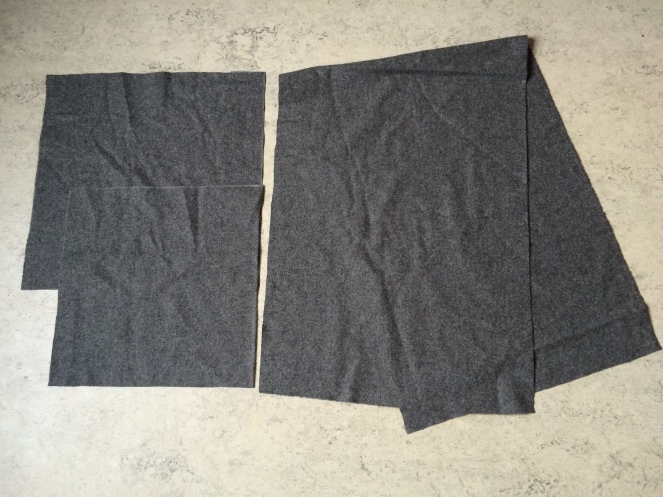 Fold the rectangle along the long side, and lay the smaller square on top of it, edge to edge (not edge to fold! I made that mistake in a weak moment). This will be the front of your hood. Mark how high up this square reaches by drawing a line.

Draw a new line, approximately 3cm below the first line. Measure 5cm in from the edge, and make a third line down the edge. Draw a curve from the first line and to where the second line and the third line meet. Put a pin at the bottom of the curve, and try to fit your head through the hole it creates. If it fits – great! If not: 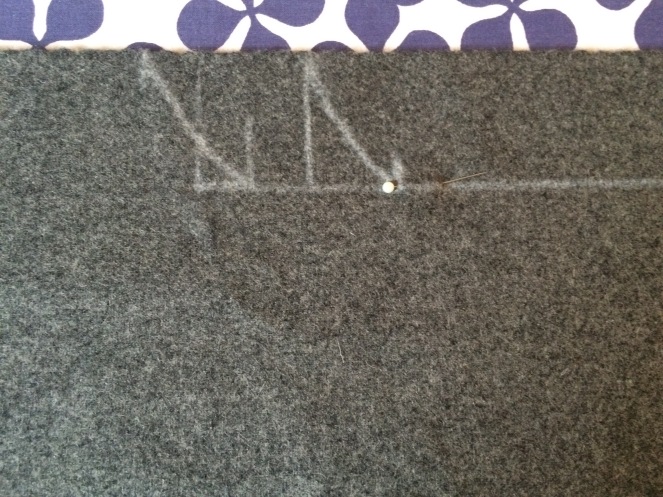 Move the entire curve 5 cm down. Try again. Keep doing this until it fits.

If you have to move your curve, you will also have to adjust your smallest square a little, by as many cm as you adjusted your hole. Remember to adjust all sides, it should still be square when you’re done! Cut away some of the front, along the curve and the 5 cm in-line. 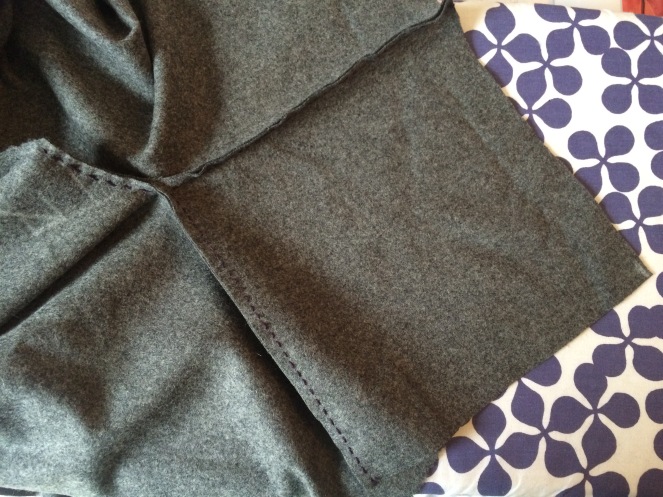 Now, you’re ready to sew the square to the rectangle, as you see in the image, with one corder at the curved edge.

You do the same with the larger square in the back, however, here, you keep sewing all the way up (unless, of course, you have He-who-must-not-be-named attached to the back of your head and you want to give him a hole to breathe through).

Voila! The hood, seen from the left, face turned towards the right.

I had some red wool that I made bias tape from, and decorated the edges with it. 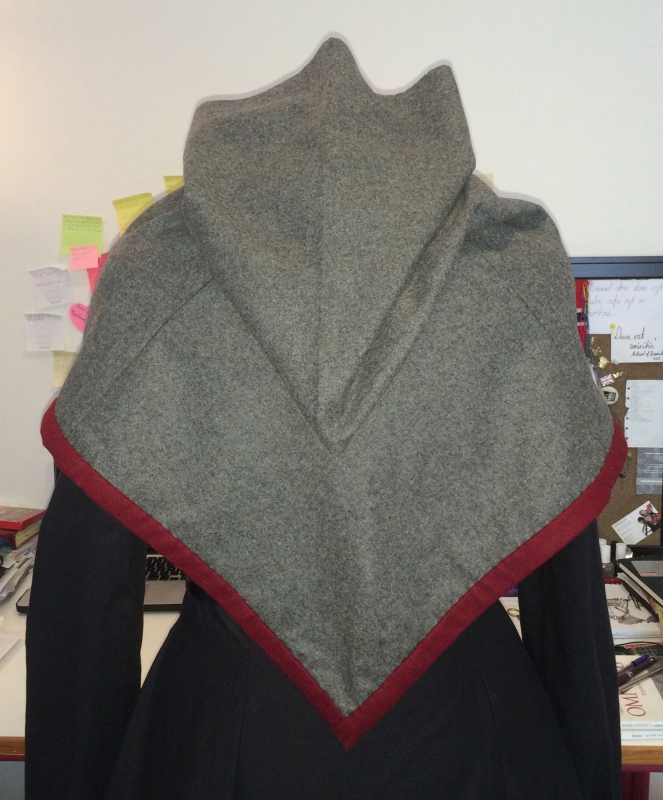 I love hoods. They take next to no time to make (if you have machine, they’re done in an hour), and they really make an outfit look very medieval very quickly. So, if you’re going to a carneval or a medieval festival and you want a costume, but you can’t afford or take the time to get an entire costume, the hood will go a long way in making you look great.